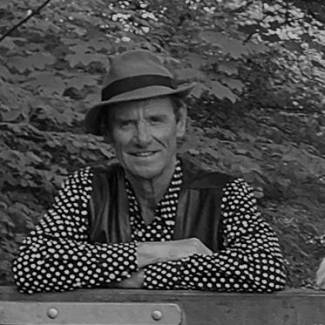 Learned guitar and harmonica and started writing songs as a teenager.  Got first booking for £1 at Westhoughton Youth Club aged 16.  Sang with Tony in the youth clubs and local halls and later with our friend John Fearnley playing in pubs for free drinks or 50p!  Joined a country and western duo called Country Dylan.  Later joined a folk group called Auld Triangle who ran Westhoughton Folk Club.  Got married to Melanie and we have three grown up children.  Worked in IT for most of my “proper job” phase.  Continued writing songs looking for unusual themes and ideas.  Busking on the streets of south west France for the last few summers.  Now looking forward to working with the Weavers.