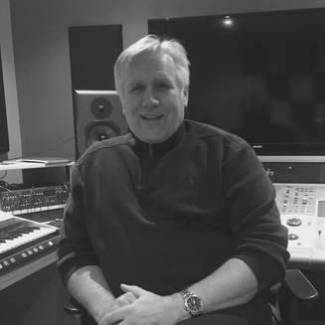 I spent my childhood in the small village of Thelwall, Cheshire and went to High School in Lymm.

My love of music was evident as a small child.  I began to play piano and guitar at the age of 6 and was always involved in music at school.  My first paid gig was at The Star Pub in Statham at the age of 14, playing the Hammond Organ on a Saturday night, after which I got regular gigs, backing artists at numerous clubs.

At 16 I took an engineering apprenticeship on The Manchester Ship Canal and studied engineering at college but always continued with my music.  My first job as a session musician for a record company came at 18 years old, playing Keyboards on the hit record “Queen of Illusion” by American Buzz.  I went on to enjoy several years as a session musician in various studio’s around the UK with bands including the country rock band “Poacher” with whom I toured all over the world.

My career progressed into commercial diving and in my early twenties I was employed as a Marine Engineer for the Port of Manchester.  This was a fabulous early career for me but the pull to fulfil my passion for a career in music was a constant battle.  In 1986, after much deliberation, I took the quantum leap into music as a fulltime career.  I spent several busy years touring around the world as a keyboard player for international artists as well as continuing as a regular studio session player and producer.

Over time, I developed my career further by composing music for TV and Film and I became an in-house writer for Universal Music worldwide.  I initially joined The Houghton Weavers for a Christmas Tour and have since enjoyed a further 25 years and Christmas Tours to date!  I have loved every minute of my two decades as a Houghton Weaver, playing with a great bunch of lads on stage.  There is something different at every concert, I love playing the various instruments and the comedy, and I am grateful for our wonderfully loyal fan base, both old and new.  May it continue for many years to come!